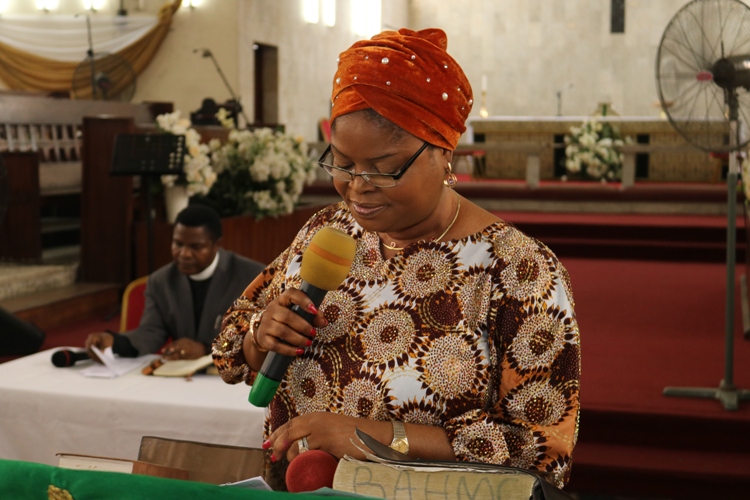 The Nigerian Commonwealth: The Need for Ethnical Re-orientation

Keynote Address By Princess Adejoke Orelope-Adefulire, The Senior Special Assistant To The President On Sustainable Development Goals (Ssap-Sdgs) At The Clergy Workshop Of The Lagos Anglican Seminary.

It is my honour and privilege to be here with you as the Guest Speaker at this strategic Workshop with the theme ‘Politics in an ideal Society: The role of the Church’. This broad theme is apt and couldn’t have come at a better time than now, when our country is approaching the 2019 general elections. Let me use this opportunity to specifically thank the leadership of the Church for finding me worthy to deliver this address on ‘The Nigerian Commonwealth: The Need for Ethnical Re-orientation’. Again, this topic is relevant in view of the fact that ‘ethical re-orientation’ has for long been recognized as the best way to address the myriad of social problems that confront a nation. Much as the task of ‘ethical re-orientation’ may be tough and herculean, recognizing the moral decadence with attendant vices that confront our nation, it is desirable.

2. Distinguished members of the church and participants, permit me to provide some conceptual definitions here. ‘Commonwealth’ originates from the old meaning of ‘wealth’ or ‘well-being’, and literally meant ‘common well-being’. Later, this term expanded to mean ‘public welfare’, a state in which the supreme power is vested in the people. ‘Ethical re-orientation’ focuses on the need to change violence induced attitudes, ethnicity, bigotry, extremism, bribery, corruption and all other vices and scandals. Before any nation can fully and totally achieve peace, the mindsets of its citizens have to be put on the right track, and this can only be achieved through a thorough process of ethical re-orientation.

3. Distinguished participants, ethical re-orientation and attitudinal change makes it possible for us to realize the importance of decency, diplomacy, mediation and persuasion as opposed to violence. Hence, this event wouldn’t have been held at any better time than now! Even though successive administrations have articulated and pursued a multiplicity of re-orientation programmes to rejig and redirect Nigeria with different programmes and interventions, it is regrettable that some negative attributes persist and continue to hold us back as a nation. For example, today, bigotry reigns supreme just also as citizens perpetuate the worst kinds of ethnic chauvinism and fanaticism you could ever think of.